The inside story of how an informant broke up a sophisticated drug submarine ring.
Slate Link to Story

Popkin tells NPR's "Talk of the Nation" about a drug ring that built a legit $5 mil submarine in the jungle.
NPR Link to Story

A Most Dangerous Spy

While Ana Montes spied for Cuba for 17 years, her sister worked for the FBI trying to catch Cuban spies.
The Washington Post Link to Story

Woman indicted in Cuba spy case is in Sweden

The Feds indict Marta Velazquez for recruiting American Ana Montes to spy for Cuba.
The Washington Post Link to Story

A Cuban double agent hands the CIA and FBI a treasure trove of spy-versus-spy secrets.
The Guardian Link to Story

A Newsweek cover story on the government’s secret ESP program, and one man's quest to revive it.
Newsweek Link to Story

I Covered The Rajneesh Cult. What ‘Wild Wild Country’ Left Out

An infamous cult fractures a fragile family, and, 33 years after I first met them, they are still healing.
The Huffington Post Link to Story

The Professor and the Guru

A professor leaves his wife and career to follow a guru. His children join him, splitting the family apart.
New Jersey Monthly Magazine Link to Story

The King of Spam

Robert Soloway is the reviled "King" of email spam. NBC's Jim Popkin sat down with him on his way to jail.
NBC News TODAY Show Link to Story

The internet villain dubbed the “Spam King” confesses to Popkin after release from federal prison.
Wired Magazine Link to Story

Jim Popkin is a writer whose investigative articles and reports have appeared in the Washington Post Magazine, Newsweek, WIRED, Slate, The Guardian, Washingtonian and on National Public Radio.

For 14 years, Popkin worked for NBC News in Washington, DC. He was a Senior Investigative Producer, and oversaw a team of correspondents and producers that broke stories for NBC News on politics, intelligence, defense and law enforcement. He also was an on-air correspondent, and his stories appeared on NBC’s TODAY Show, the NBC Nightly News, CNBC and MSNBC.

On September 11, 2001, Popkin helped spearhead NBC’s coverage of the terrorist attacks. Months later, he created the NBC News Investigative Unit. He began his television career as an Investigative Correspondent for NBC's WRC-TV in Washington.

Popkin has won four national Emmy Awards for outstanding journalism, two Edward R. Murrow Awards, the George Polk Award and was a finalist for the National Magazine Award. The American Journalism Review profiled him as one of Washington’s “most enterprising journalists.”

Popkin's cover story for the Washington Post Magazine, “The Queen of Cuba,” was selected as a “Page-Turner” by the New Yorker and named one of the “Great Post Reads” by the Washington Post. It has been optioned for development by Identity Films.

Prior to NBC News, Popkin was a writer and Senior Editor for U.S. News & World Report for six years.

He received a B.A. from Northwestern University and a Masters of Studies in Law from the Yale Law School.

Today, Popkin lives with his family in Washington, DC, where he runs the Seven Oaks Media Group, a communications firm. 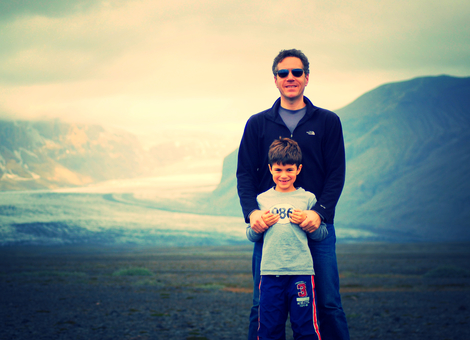